Vanuatu suffered a major disaster when tropical cyclone Pam hit the nation in 2015 causing deaths and over USD$360 million in damage. The nation was in urgent need of substantial new investment and aid to recover. As part of the nation’s recovery effort, The Vanuatu Economic Rehabilitation Program (VERP) was passed and for the first time Honorary citizenship was offered based on contributions to the government of Vanuatu. VERP was terminated in 2016 and replaced with the Development Support Program (DSP). This program offers citizenship based on investment in the country – primarily through investment in real estate or agricultural programs and businesses.

VRP-MENA was established in 2015 to help the nation publicize, market, process and facilitate honorary citizenships for candidates from the Middle East and Africa. VRP-MENA was the only company working to facilitate citizenship applications from the Middle East and Africa. We were very successful and processed paperwork for hundreds of applicants. More than 18 Million USD were donated to the Vanuatu Government as a result of these citizenship applications. We were the exclusive agent for processing citizenship from these regions under the VERP program.

After the transition from VERP to the Development Support Program in 2016, we were appointed the worldwide designated agent for the new DSP program and we continue to be the exclusive agent for the Middle East and Africa. In Vanuatu, we operate in the office of the Consulate of the Republic of Vanuatu, and under that agency’s supervision. We are the only company to work so closely with the office of the Consulate. We also have offices in the Middle East and in South America. We operate with integrity, credibility, and efficiency. 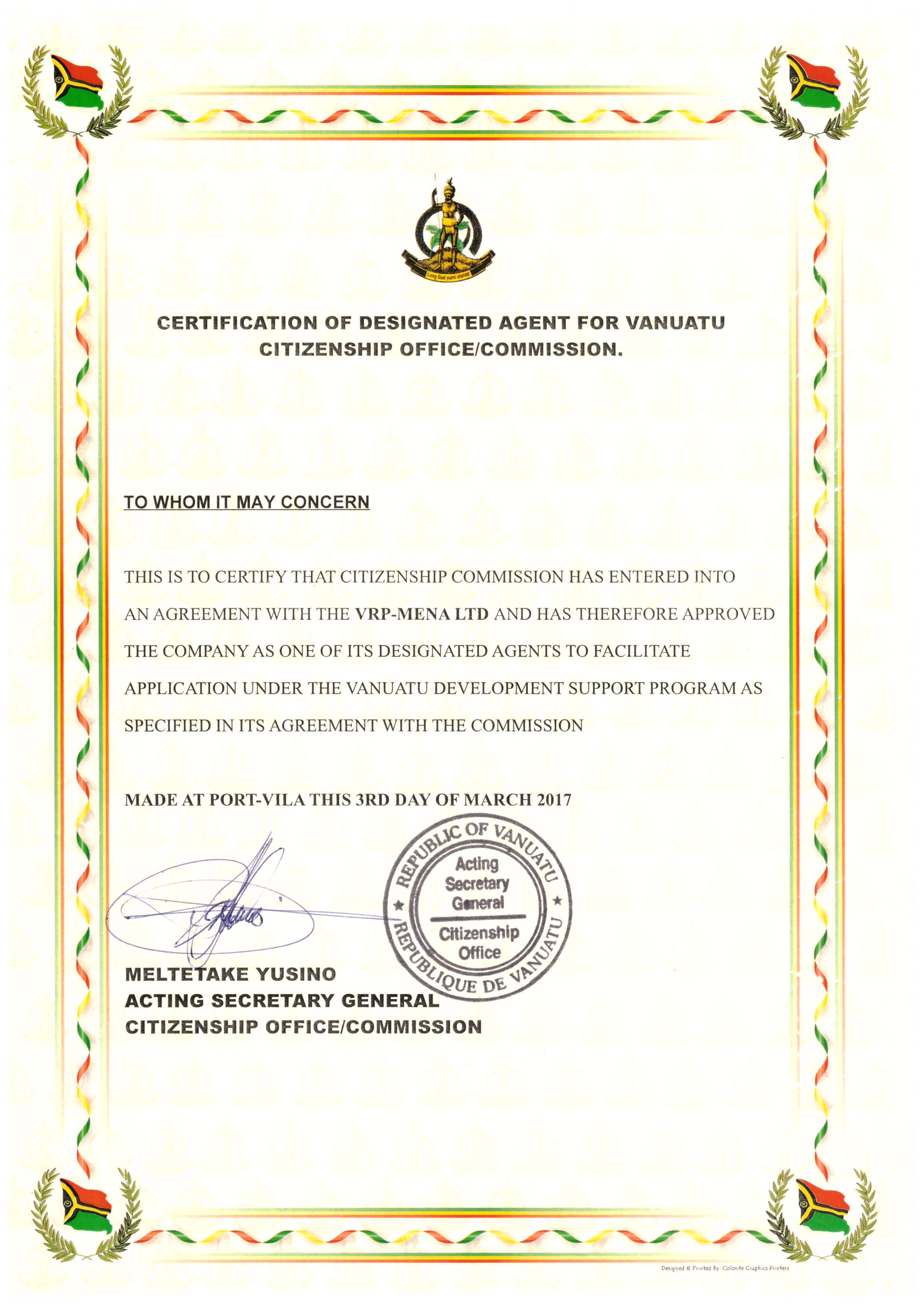